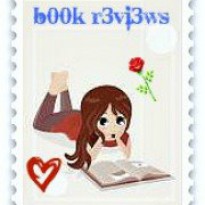 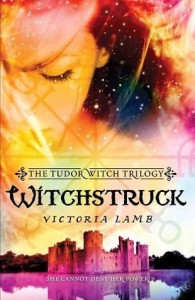 The first published date shows that this book has been out in the market since 5th July’2012. Was I living under the rocks to not have discovered this earlier?

Meg Lytton, our protagonist is a witch in training under the guidance of her Aunt Jane at a time when witch hunting was quite a popular concept. Any witches who were caught were hanged or burned to death. When Meg was initially sent to the palace of Woodstock to serve the disgraced princess Elizabeth she was reluctant as she wanted to stay close to her aunt. But soon Meg discovers Elizabeth is interested in her skills and they come to trust and depend on each other. Soon Woodstock becomes a second home to Meg. That is, until the arrival of the Spanish Priest and his assistant, priest in training, Alejandro.

I love periodic novels especially because of their setting. There’s a certain charm in the setting, the characters and their culture.

The characters in this novel are very varied. First is Meg – a young witch who shows presence of mind in most cases. She is very brave and loyal. Elizabeth is a character I didn’t like much. Her ailments, complaints and obsession got the better of me. But yes, at the time of need, she was always there for our Meg. Alejandro is yummy and loveable. There is something about him that makes you want to trust him even though he is technically from the enemy camp. Marcus is a rotten apple that stinks right from the beginning till the end. Tom, Malcom and William are edgy and shady. What I loved the most is Meg’s relationship with her aunt Jane and I was rather taken aback by Meg’s father.

The plot is simple and kind of predictable. You know what is going to happen in the end – to Elizabeth and Meg and to Meg’s relationship with Alejandro, yet throughout the novel there’s no certainty and I often took to questioning my predictions. The author has used simple yet graceful language to narrate this story beautifully.

Overall, it was a fascinating novel and I am curious about Meg & Elizabeth’s rest of the journey!